It is not surprising that quite a few diplomats have produced memorable literature. Five Nobel Prize winners - the French St John Perse, the Chilean Pablo Neruda, the Greek George Seferis, the Yugoslav Ivo Andric, the Pole Czeslaw Milosz and the Mexican Octavio Paz- were diplomats. France especially boasts a long tradition of writers who have embraced a diplomatic career or have been appointed as ambassadors from Chateaubriand to Stendhal, Claudel and Romain Gary to name just a few.

As a matter of fact, diplomacy is more than a profession, it is a lifestyle which requires specific skills providing a favorable environment for creative writing and poetry. The diplomat is sent abroad to defend and promote the interests of his country in a foreign environment. To do so he seeks first to understand, gain and build trust. His essential tasks are to represent his country and lobby for it, to negotiate agreements, to gather information and intelligence and develop influence. His main weapons are words and opportunities.

The first skill that brings the diplomat closer to creative writing and especially poetry is his unique relationship with the written word. In drafting agreements, he uses code words that safeguard one’s own position and show tactical compromise and in writing reports each word counts. With time and experience he even becomes an expert in turning an error into a constructive ambiguity. In his article Poetry and Diplomacy, the Indian diplomat Abhay Kumar states that diplomacy is generally conducted in short sentences which reveal as much as much they hide. Poetry is no different. He adds that poetry and diplomacy share a few attributes such as ambiguity and brevity in expressions, a detached handling of the subject matter among others (Abhay Kumar, The International Writing Program, The University of Iowa 2015–2022).

The second element in the diplomat’s lifestyle which is conducive to creative writing is his nomadism. He starts a new life every four years in very diverse environments. His mission is to observe, to immerse himself in a society while at the same time remaining en marge in order to best defend and promote the interests of his own country. A diplomat is near enough to understand the society in which he lives but is remote enough to have the distance necessary to be creative.

The third characteristic of being a diplomat is the multilayered estrangement it generates. Ongoing representation never allowing to be oneself and bureaucracy contribute to it. As Ivo Andric himself noticed, many diplomats become strangers to themselves by living constantly on two levels, the personal human one and the official inhuman one but never in any way showing or betraying to anyone on which level you are at any given moment or better still not knowing yourself where you stand. (Ivo Andric, On Diplomacy, https://www.diplomacy.edu/, 2002). Diplomats often need to create their own world in order to survive to this pressure: more than a hobby, creative writing becomes a lifesaving activity. If as diplomats, they are on the defensive and must always speak the voice of their government they take their revenge by writing.

To conclude let us quote the Sri Lankan diplomat Jayantha Dhanapala which rightly argues that the professional diplomat, like the sensitive writer, has to be able to mix with both elites and masses; be firmly rooted in his own culture while open to the experience of others; have inner resources to fall back upon in coping with the isolation of a foreign posting (what Auden called "this nightmare of public solitude"). And most tellingly diplomats see creative writing as an escape valve for their professional compromises and frustrations — "an act of expiation for the bruising of the soul they have experienced in their working life" (Shashi Taroor, Diplomats as Literateurs, The Hindu, 29.08.2004). 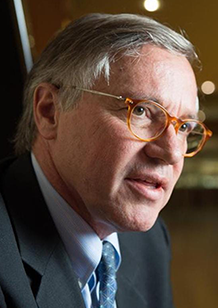